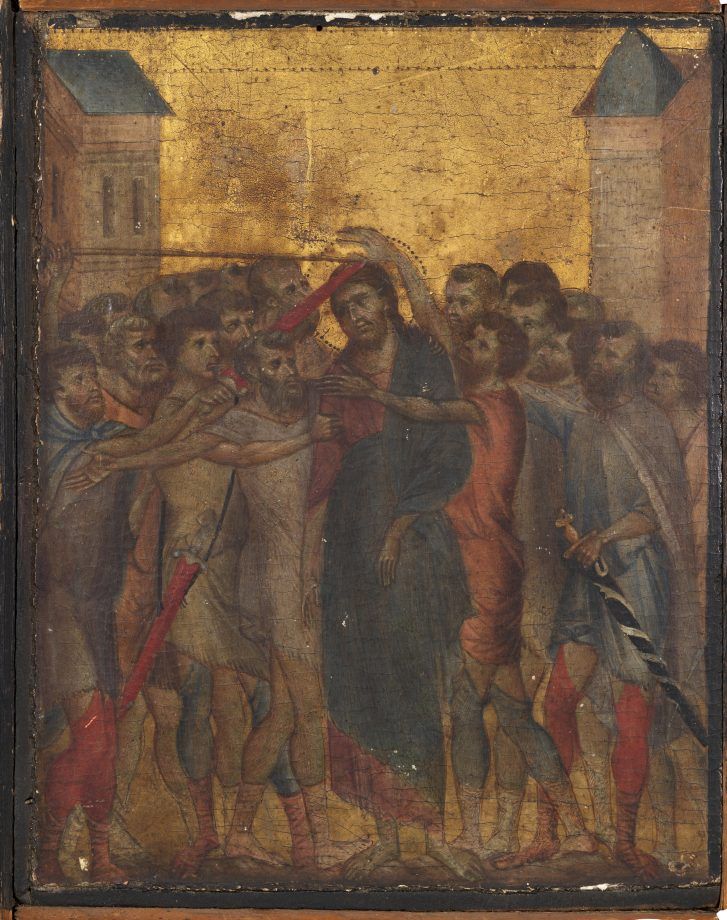 Fig 1. Cimabue, The Mocking of Christ

For the Old Masters world, 2019 has been a bonanza year on the museum front - there were superb monographic shows devoted to Pieter Breughel the Elder, Albrecht Dürer, Leonardo da Vinci, El Greco, Verrocchio and Rembrandt.

The market was also remarkable in the sense that it saw the rare emergence of works by Caravaggio and Cimabue, which topped the auction record for Old Masters this year; for us it was somewhat surprising to see the fireworks repeatedly ignited not in England or the United States, but in France.

Perhaps the most widely discussed painting was the graphic depiction of Judith and Holofernes, discovered in an attic in Toulouse and identified as a lost work by Caravaggio. Estimated at over 100,000,000 EUR it was sold privately before the auction for an undisclosed sum. It is, according to word on the street, currently being cleaned at the Metropolitan Museum of Art. Opinion was less divided on a jewel-like panel convincingly attributed to Cimabue (Fig.1), it appears to be part of a diptych to which panels in the Frick Collection and the National Gallery, London also belonged. Inscribed 'Masaccio' in pencil on the back this panel has the intense humanity and individuality of the later master. It was covered in centuries of grime, supposedly an accumulation of fumes from the coffeemaker near which the panel hung for many years in a private home. Its owner believed it to be an icon until properly identified by experts as a lost panel by the founding father of Italian art, Cimabue. There was intense competition for the picture: it was underbid by the Metropolitan Museum with another American museum not far behind, and eventually sold to a private collector for 24,180,000 EUR. That might seem a lot in light of the pre-sale estimate of 4,000,000 to 6,000,000 EUR, but considering what the Met paid for a small Madonna and Child by Duccio in 2004 it seems extremely reasonable. 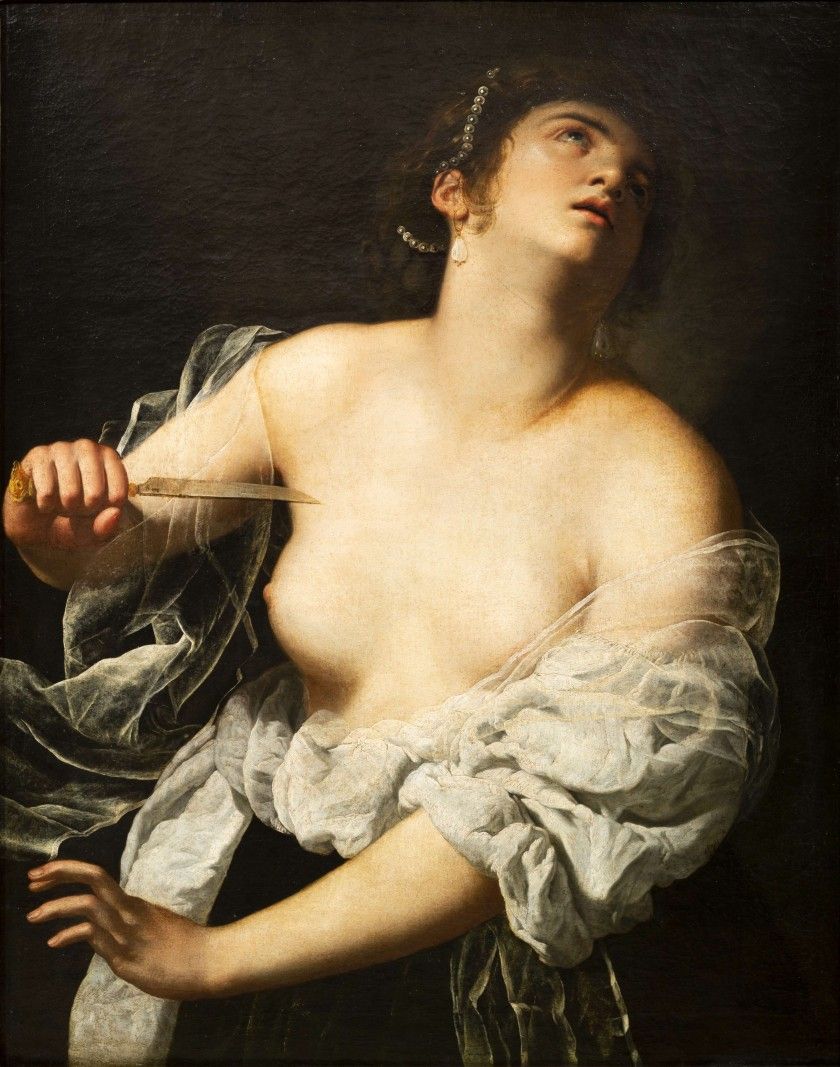 Other notable sales in France include a Lucretia by in-fashion woman artist Artemisia Gentileschi (Fig.2) which sold in Paris in November for 4,777,000 EUR, with fees, against a low estimate of 600,000 EUR and the exquisite Enthroned Madonna by the Bohemian Master of the Vyšší Brod which was bought by the Met for 6,201,210 EUR . 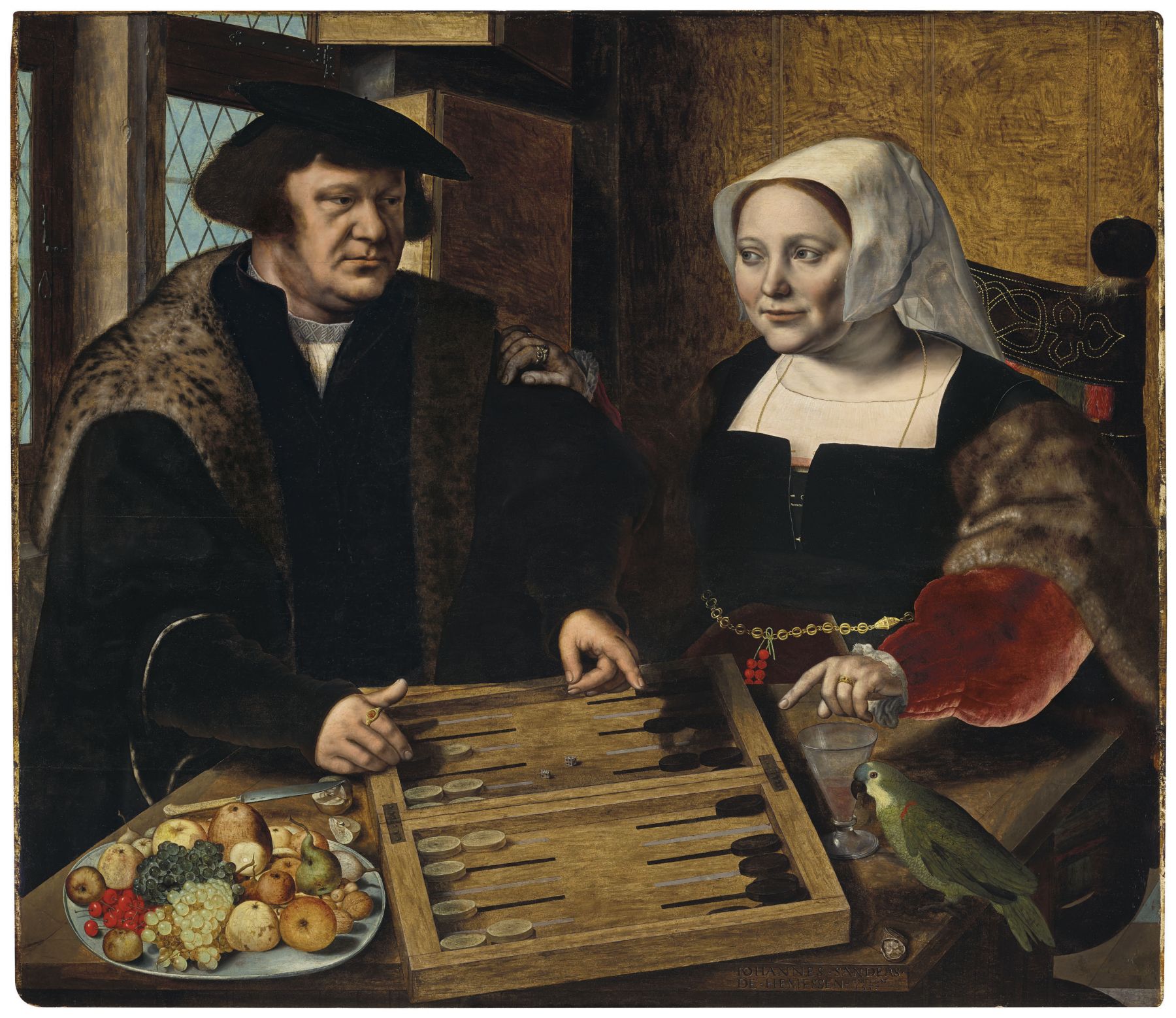 For several years we have been observing that in public auctions demand is greatest for exceptional works by blue-chip artists. The top three auction artists of 2019 were Caravaggio, Cimabue and Turner (click here to view the complete top ten list). Bold images that appeal to a 'modern eye' also continue to spark interest, such as the Hemessen Husband and Wife playing Tables (Fig.3) and the Giovanni di Paolo Miracle of St Clare (Fig.4), both selling for double their estimates. It is worth noting that the Giovanni di Paolo attracted an online bid of up to 4,100,000 GBP – a significant sum for online bidding which reflects the buying habits of collectors nowadays.

It is anachronistic to call them ‘Orientalist’ but early paintings with subjects relating to the ‘East’ did well; notably, the Full-length Portrait of Muhammad Dervish Kahn by Vigée le Brun and A portrait of Suleyman the Magnificent by a follower of Gentile Bellini, which achieved more than 20 times its low estimate in Sotheby's Arts of the Islamic World sale. More generally speaking, we saw an appetite for middle-range Dutch material, as demonstrated by the successful Christie's New York single-owner sale in October. A Dutch artist who seems to have drawn particular attention is Michael Sweerts by whom three examples sold this autumn in Europe, all for well over their high estimates. Last but not least, women artists continue to attract interest as can be seen by the prices achieved for paintings by Fede Galizia, Artemisia Gentileschi and Vigée le Brun. 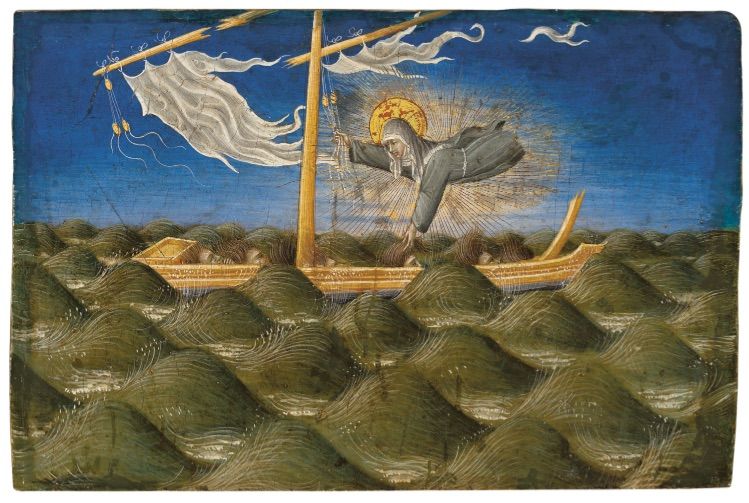 In terms of numbers, we noted that the evening sales in London (July and December) for Christie’s and Sotheby’s for 2019 was 91,260,000 GBP, a decline of 12,700,000 GBP, or just over 12%, from 2018. However, the atmosphere of the sales, especially Christie’s in December, was much better than it has been of late, with significant amounts of bidding in the room, and 19, or 40%, lots selling for over their high estimates.

On the buying front, we noted several high-profile museum purchases, both privately and at auction this year. The National Gallery, London recently announced the successful purchase for 22,000,000 GBP of Orazio Gentileschi’s The Finding of Moses, commissioned by Charles I. A few months ago, the J. Paul Getty Museum acquired a Holy Family by Agnolo Bronzino. The Metropolitan Museum of Art in New York purchased two significant Old Masters at auction this year, one by Johann Liss for 5,665,000 GBP from Sotheby’s in July, the other the Vyšší Brod Master Enthroned Madonna for 6,201,210 EUR this November in Paris. The National Gallery of Art in Washington D.C. was also active, adding an early neo-classical work by Girodet (underbid by the Chicago Art Institute) for 2,655,000 USD at Christie's, New York to their collection. While in January, the Centraal Museum, Utrecht bought Wtewael's Wedding of Cupid and Psyche (Fig.5) for 5,944,000 USD. 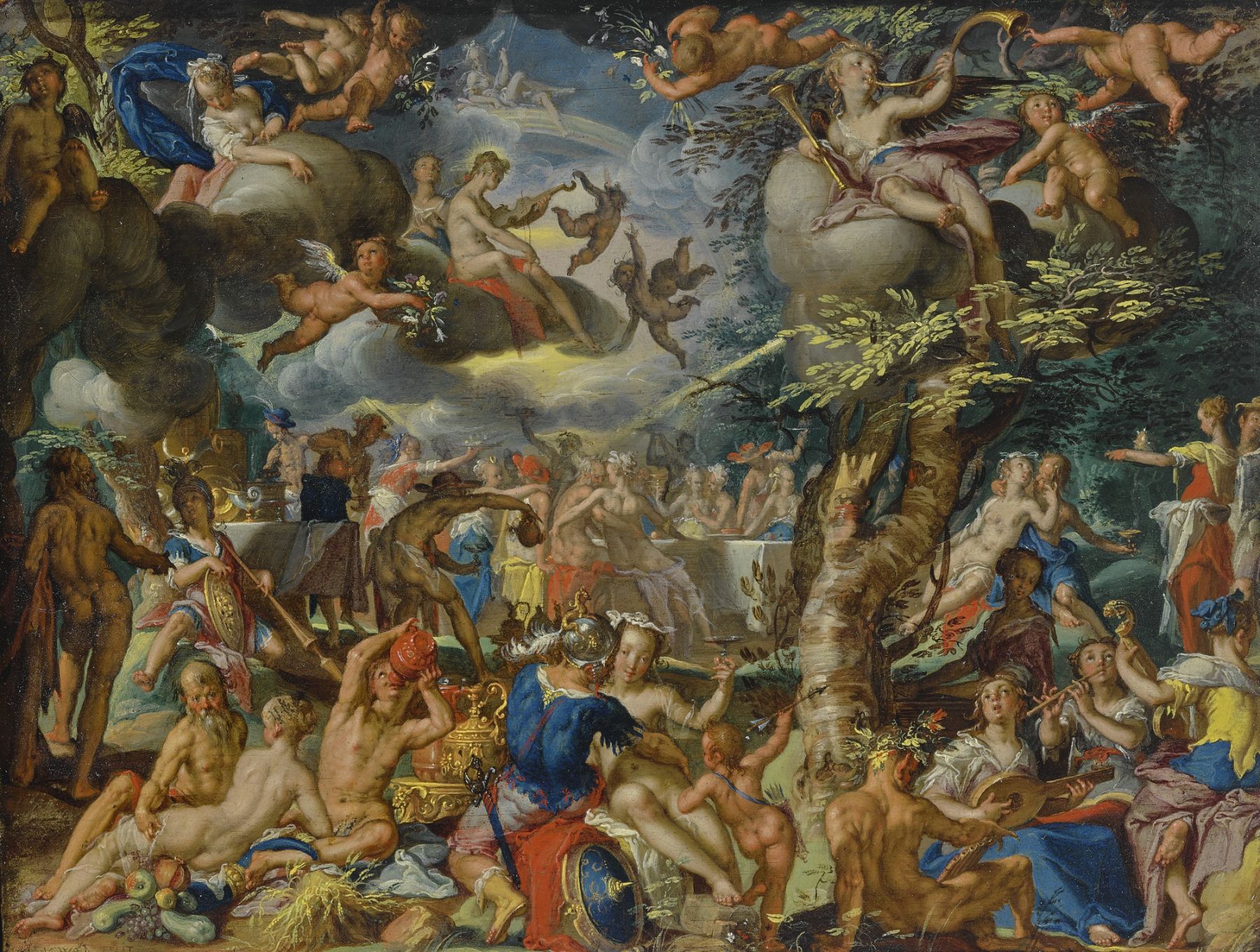 For dealers, TEFAF Maastricht in 2019 was widely held to have been successful, with most Old Master paintings dealers reporting healthy sales including a Wright of Derby candle-lit scene which went to the Getty, a version of Domenico Fetti's Melancholia which was snapped up by the Chicago Art Institute and a Roman Charity by Willem Drost which was acquired for the Rijksmuseum. Alas, the New York version in October does not seem to generate quite the same enthusiasm; maybe because New York has more competing distractions than the city of Maastricht.

2019 was a year of exploration for Nicholas Hall, as we made our debut at two fairs: TEFAF Maastricht and the Biennale di Antiquariato di Firenze (BIAF). We organized an exhibition of Lombard Paintings in our gallery space, which you still have a chance to see until Monday December 23. We also produced three books: Endless Enigma (now sold at the bookshops at the Frick Collection, the Met and MoMA), Anonymous Portraits, which includes an essay by Arthur Wheelock, and Faithful to Nature, which features a study of Lombard paintings by Virginia Brilliant. Among the notable sales this year, we were particularly excited to see L'Ange du Destin (The Angel of Destiny) by Odilon Redon hang in several different settings at the MFA Boston, Wings of Augury by Aileen Agar enter the collection of the Centre Pompidou in Paris, and Fishing Boats at Whitby by John Singer Sargent exhibited at the Frick Colletion in New York.