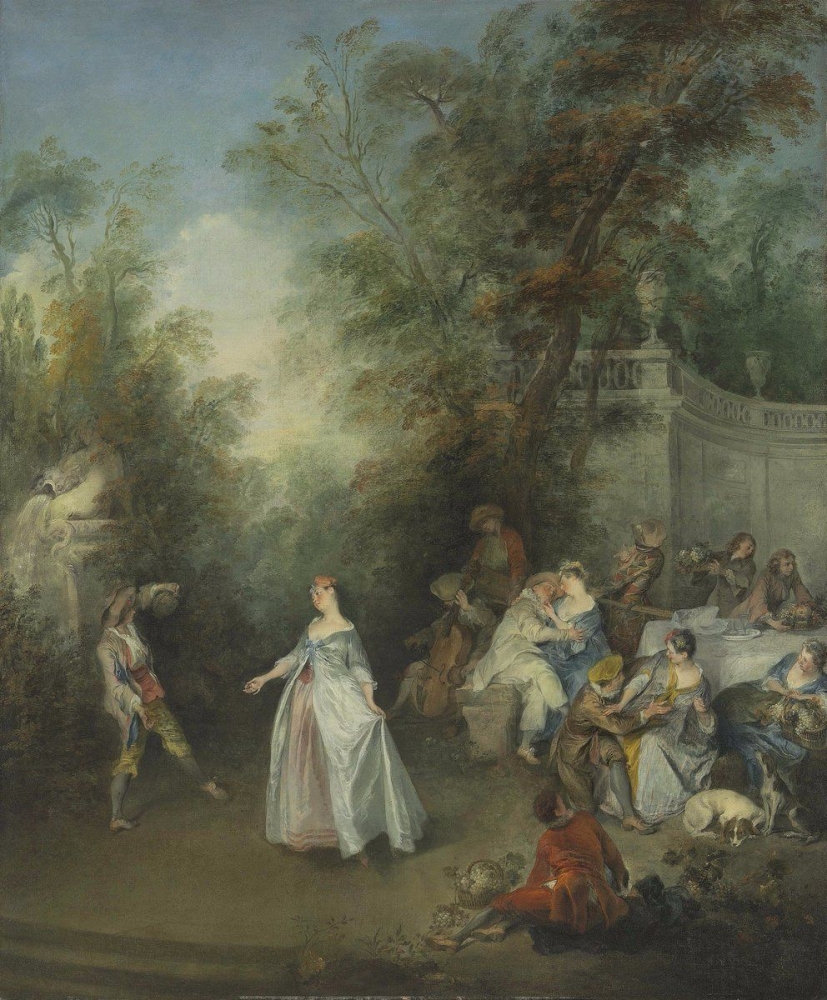 Following Sotheby’s somewhat lackluster sale this January which was buoyed by the success of just three lots, Christie’s, sticking to their April time slot, held a sale whose runaway success seemed to surprise even its own specialists. Although the footfall on the view was light, certainly by comparison with a Post War sale, the results were a strong affirmation that there is a robust market for Old Masters, with the only weakness being an almost complete disregard for middle range French rococo art. That said the examples in this sale were modest. The cover lot, an important early work by Lancret (fig. 1), which is admittedly in less than perfect condition and came from the same collection as the Pontormo Halberdier acquired by the J. Paul Getty museum in 1989, sold for a hammer price of only $1 million to a single phone bidder, half its low estimate. This must be an area for growth in the future.

The market for Old Masters now is clearly driven by paintings of high quality with compelling images, regardless of the fame of the author. This was evident at Sotheby’s in January with the high prices achieved by the paintings by Adam de Coster (fig. 2) and Willem Drost (fig. 3). It was even more the case at Christie’s with the spectacular hammer price of $9 million achieved by Govaert Flinck (fig. 4), a Rembrandt pupil. It was underbid by an advisor who works with Modern buyers. Notable also was the bid of $7.8 million that secured the unfinished-looking triptych attributed to Hugo van der Goes (fig. 5). I suspect that the bidders on that painting were less interested in the attribution than in the image itself which, with its central part having been excavated down to the underdrawing, was unforgettable. It is a rare, if not unique, object of real quality. The painting had been on view at the Metropolitan Museum for twenty years but seems destined to go back to Europe. A painting depicting Saint Barbara by Francesco Francia (fig. 6), by no means an artist of the first rank sold, on account of its intrinsic merit as a well-preserved work of instant appeal, for a world record price of $1,200,000 (hammer price). 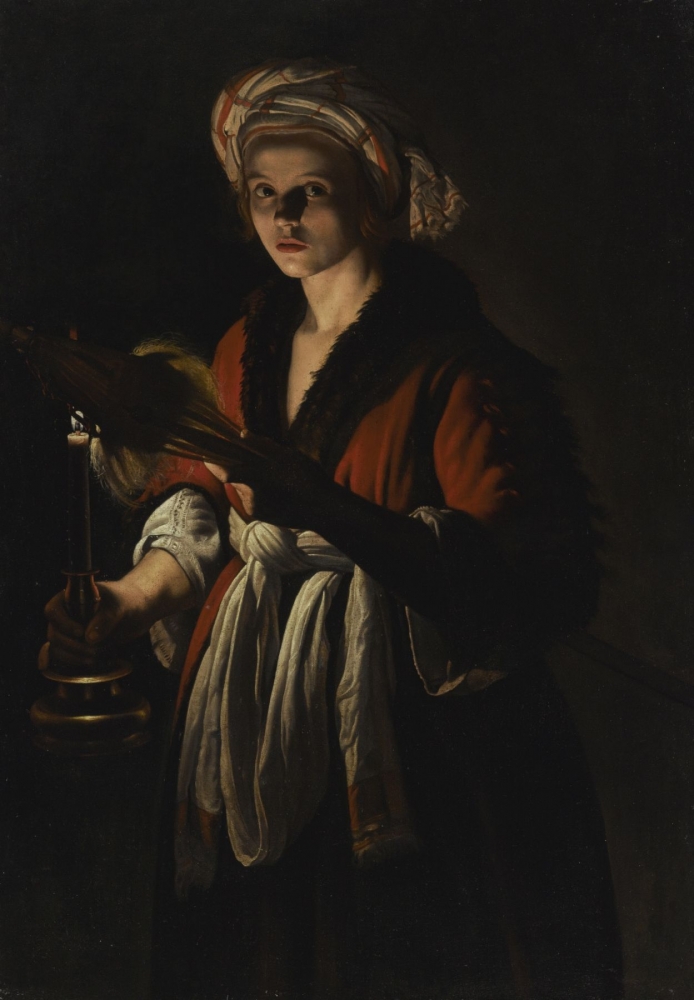 What was especially reassuring to those involved in this part of the market was the depth of bidding on so many lots. In addition, a group of paintings sold by a single owner was strongly contested by numerous new buyers, though many of the works had been sold at auction in recent years.

The traditional view is that buyers of Old Masters have elephantine memories and are allergic to bidding on something which has recently been on the market, especially if it has been cleaned and framed. Not the case here. The sum original purchase price at auction of the group was approximately $8,227,000; the group was sold this April for $14,793,000 (both figures with buyer’s premium). The paintings had been acquired between 2009 and 2014. Not only did these paintings make strong prices but there were numerous bidders on almost all of them. I saw at least three bidders on the Portrait of the Marchese Altoviti as Hylas by Il Volterrano.

Of the 46 lots eventually offered at the morning session of the auction, with buyer’s premium, 30 sold above the low end of estimate, 16 out of which exceeded their high estimate. The only significant casualties were the Laurent de la Hyre (withdrawn perhaps due to lack of interest), the Le Nain, the Brueghel landscape and the Gerard David. The Lancret Autumn (fig. 1), which sold for half its low estimate might also count as a disappointment. That notwithstanding, a total of $36,155,500 was a respectable total for the two sales and sends a message that the market for Old Master paintings is here. Nevertheless, the total for the sales last April was $45,676,500. A decline, year on year, of about 21%. 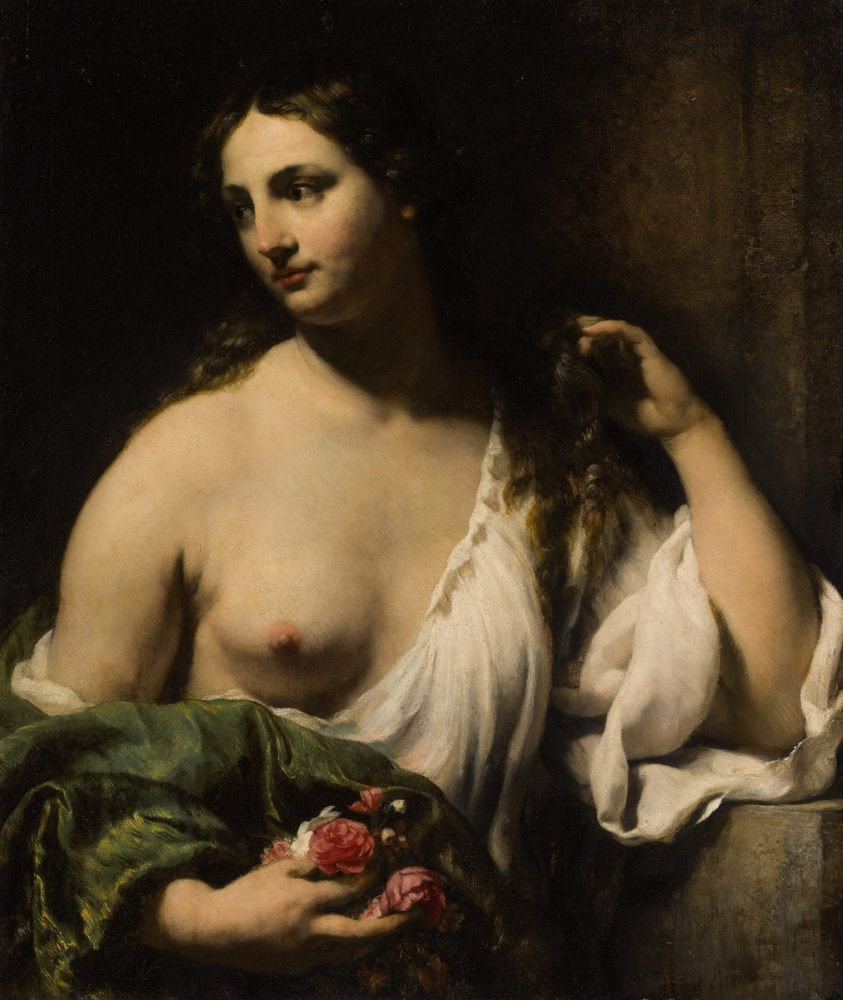 In conclusion, there were many positives to be taken from the 2017 April Old Masters sale at Christie’s including how well paintings sold this year in relation to their estimates and the number of active bidders on most lots. This was helped by sensible estimates and flexible reserves. In a sparsely attended saleroom most of the bidding, as usual, was on the phone. There was minimal participation from the trade and little, it seemed, from Asia. The main difference between 2016 and 2017 sale totals can be attributed to the lack of a theme sale which accounted for more than $11,500,000 of the total last year. Good as it felt to see the Flinck and the Netherlandish triptych fly so high, the problem is not the appetite of the buyers but the supply of good material.