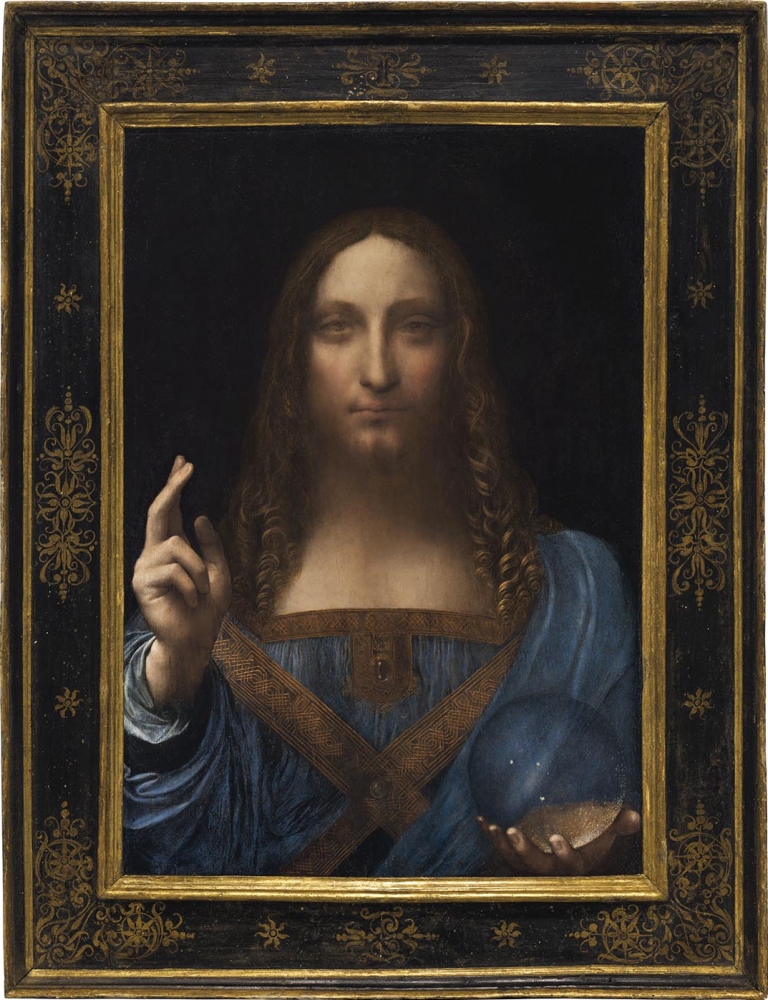 Astonished and baffled, many of us are probably still trying to make sense of the $450 million Leonardo. The freakish price, which made over $300 million profit for the seller who originally felt to have overpaid at $127 million, far exceeded everybody’s expectation. It challenged our preconceptions about the art world mechanics and brought on a slew of questions: how did the work manage to sell for such an astronomical figure? How will this affect the Old Masters trade? What does the price mean for the condition-conscious Old Masters market? What does it say about the art market in general?

Susan Moore in the Apollo Magazine attributes the record-breaking price to 'the dark art of marketing' – an idea shared by many art journalists and critics. Ironically, that marketing included 14 pages in the 162-page catalogue written by her husband, David Ekserdjian, a respected scholar in the field as well as a former trustee of the National Gallery, who also participated in a panel discussion about the painting before its sale. The painting was taken, like many others have been, to Hong Kong, London, and California. It was the subject of a massive catalogue and described in bizarre hyperbole by Christie’s team, the strangest being comparing it to the discovery of a new planet. A more serious question is whether this really is the ‘last’ Leonardo.

However, having spent 12 years at Christie's myself, I know that the publicity department there is not so practiced in any dark arts. It is extremely hard for any auction house to manipulate the press even with external expertise, and any coverage is just as likely to be negative as positive when dealing with a painting with history akin to Salvator Mundi’s (fig.1). What I think happened was, rather like the viral response to Zwirner's current Kusama show, there was a genuine grassroots response to the appearance of this picture which generated its own publicity. Over 27,000 people lined up to see the painting (fig.2) Some knelt before it, some cried (all shamelessly recorded by Christie's) but it really happened. 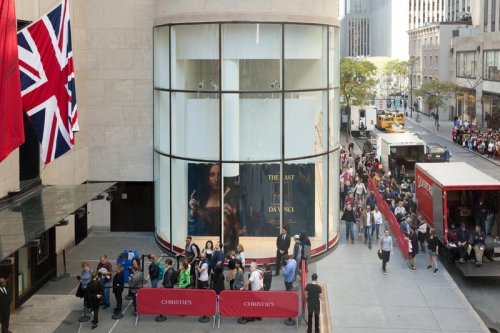 The most intelligent part of the marketing was to put the Leonardo in a Post-War Evening sale, which brought it to the widest possible audience. The underlying concept – applied at Frieze Masters and even occasionally a dealer like Gagosian – is that putting Old Masters in the context of Contemporary art benefits both categories and in this case there is no doubt about the magic it worked for the da Vinci, although less so for the contemporary part. Until now, the reasoning has been that Post-War buyers would be drawn to the relatively good value of blue-chip Old Master artists like Brueghel, Rubens, Rembrandt or Canaletto. In fact, I think what drew the buyers to the Leonardo was not the 'value' but the astronomically high price: even before the auction commenced it was the most expensive Old Master painting ever sold. I saw five bidders in the auction room competing at $130,000,000, above the supposed exorbitant figure paid by Dmitry Rybolovlev. 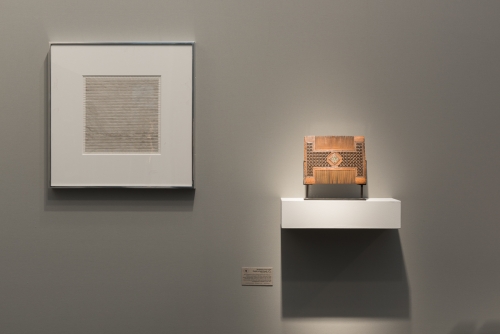 I wonder, if the Leonardo appeared at Frieze Masters instead, how much would it have sold for? I think any dealer asking for $450 million would be called crazy, but would its presence help buoy the sales of the contemporary works being offered? It seems that even though Old Master dealers like Johnny van Haeften and David Koetser made sales at the fair, high-profile dealers like David Zwirner and Hauser & Wirth are the ones who made hay. When it comes to putting the Old with the New, it is difficult to make truly enlightening connections while offering works that appeal to the market. This year I was particularly impressed by the show at Peter Freeman and Kunstkammer Georg Laue who have been working together for some time. Their pairing of carefully chosen objects, such as Renaissance combs and drawings by Agnes Martin, was both interesting and beautiful (fig. 3). 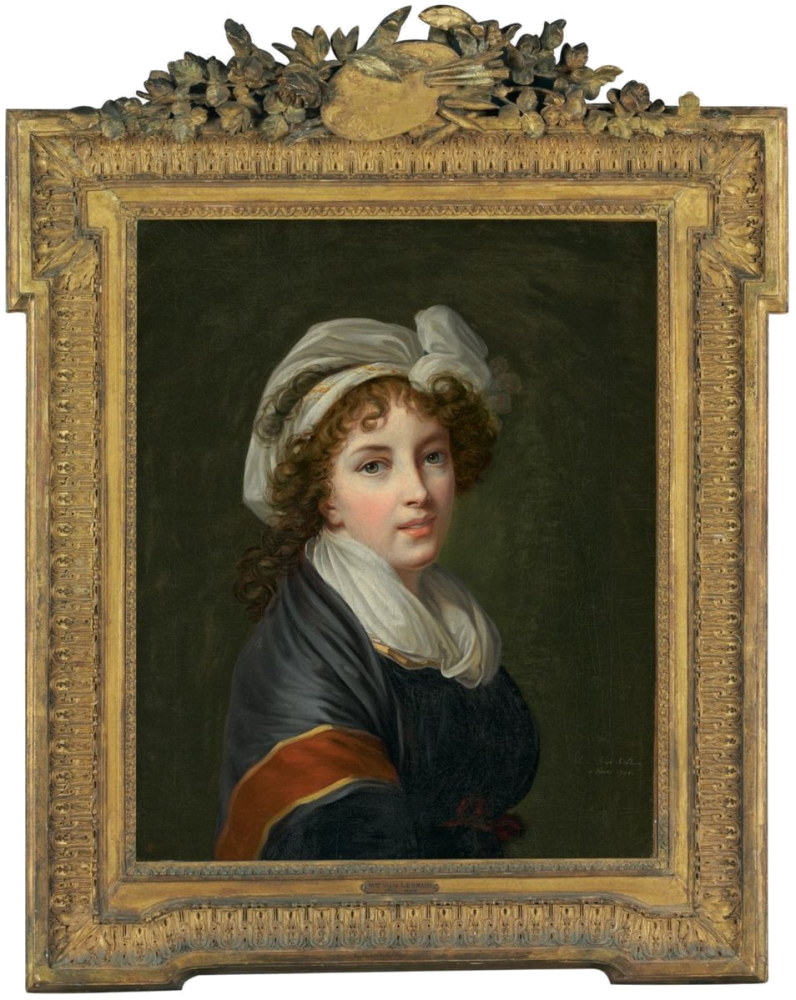 $450,000,000 is a shocking price. One can argue about the ethics of spending that sort of money on any work of art, but that is not what has triggered the response from the New York Times, Jerry Saltz, and Apollo Magazine to name a few. They seem preoccupied by the apparent power of an auction house to dupe its top clients. I can see that this is not so perfect an example of its kind as, say, Velázquez’s Juan de Pareja or Titian's Death of Actaeon. Critics of this picture and the price that it made were focused on its palpably compromised condition. But it is almost universally believed to be one of only 20 autograph works by Leonardo da Vinci, the prototypical Renaissance man. You could not ask for a more important or rarer artist. In the words of my former colleague Brett Gorvy: one was buying more than a painting, but “air rights to Leonardo”. And despite its condition, the Byzantine hieratic image is strangely mesmerizing, even if it is no male Mona Lisa. I wonder if the far better preserved but more conventional Ginevra de' Benci would have made as much. In uncertain times, I think we find solace in the optimism, humanity, intelligence, and spirituality of the Renaissance. I believe it was some variation on this theme, as much as the trophy-hunting impulse, which encouraged four bidders to bid above $200 million for this painting. When a modest Van Gogh sells for $81 million, a first-rate Leger sells for $70 million, a Basquiat for $110 million, and a 1955 Picasso for $179 million – is a Leonardo overpriced at $450 million?

To put things in another context, the mid-season Christie’s Old Master Paintings sale, which exceeded expectations, came to a total of $8.8 million with premium. It was sold 75% by lot and 116% by value (low estimate). The top lot was a Vigée Le Brun self-portrait (fig. 4) which sold for $1.5 million. According to a Christie’s specialist, there were new buyers at the sale who had come into the saleroom because of the Leonardo. 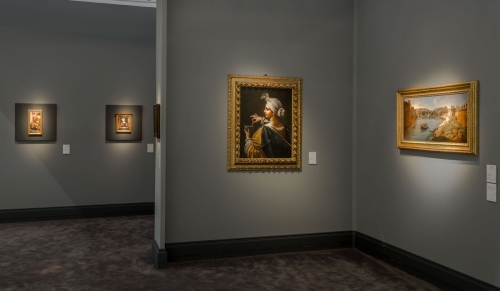 The concurrent TEFAF New York is also a marker for the Old Masters market. It was interesting to us that three of the top sales made in the fair – a panel by Heemskirk, a view of Venice by Francesco Guardi and a Mary Magdalene by Isenbrandt – had all been acquired relatively recently by the galleries at public auction. Even though the auction prices are readily available to any client who is interested, these sales show that the positive role played by dealers is appreciated. The case of the Guardi is especially interesting. A similar view of the Piazza San Marco by the same artist sold in Paris for $7 million on Mar 7, 2017. This one sold, at the same house, for a fraction of the price two weeks later. The dealer was therefore entirely justified in his asking price, reportedly, of somewhere above $2.5 million. He sold the painting and buyer and seller were both happy. One of the other stars of the fair was a beautiful Cleopatra by the Bolognese artist Donato Creti on Moretti’s stand (fig.5) which sold on the last day of the fair. 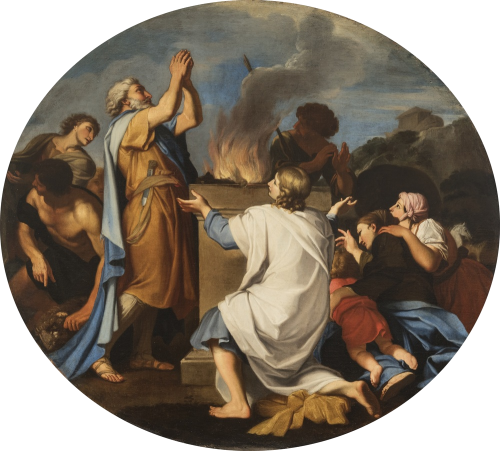 Carlo Maratti (1625-1713), The Sacrifice of Noah from our focus exhibition Paintings by Carlo Maratti on view until November 30th.

There is a general consensus that the October TEFAF fair has created a microcosm for collectors of classical art, with many galleries putting on special exhibitions that week. Our focus exhibition, Paintings by Carlo Maratti, which remains on view until November 30, is the first to show the painted works by one of the most significant, influential and yet underrepresented painters in Baroque Rome. One of the highlights of the show, a recently rediscovered early picture probably painted for the Odescalchi family, will join an American museum collection in December.

What does this all mean for the future? It has been thirty years since the van Gogh Sunflowers sold for $39.9 million, an unexpected watershed moment after which Old Master paintings no longer dominate the highest prices at public auction. The immediate effect of this da Vinci sale, we think, is that it will encourage more movement of high value Old Master paintings. It will also bring more buyers, who may never have considered buying an Old Master, to the field. Well-curated cross-category sales, in the form of auction, dealer show or fair, will become more popular. As a result, non-traditional Old Master buyers will bring new collecting criteria to the table.

Further links:
APOLLO: The Sale of ‘the Last Leonardo’ is a Triumph for the Dark Art of Marketing
THE NEW YORK TIMES: Leonardo da Vinci Painting Sells for $450.3 Million, Shattering Auction Highs