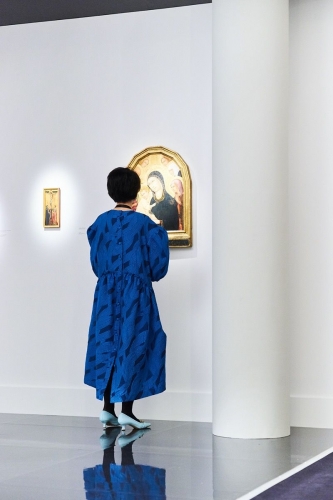 This year’s TEFAF Maastricht art fair closed early, at the end of the day Wednesday, after it was revealed that an exhibitor who’d attended the fair’s first three days had subsequently tested positive for coronavirus (COVID-19). Though a Dutch health official asserted that the unnamed dealer “was not contagious during his time in TEFAF,” the fair’s organizers—in consultation with municipal and health authorities, as well as the MECC (Maastricht Exhibition & Conference Centre)—opted to end the fair four days early.

“Given the recent developments in the regions around Maastricht and increasing concerns, we no longer feel it is appropriate to continue as planned,” Nanne Dekking, chairman of TEFAF’s board of trustees, said in a statement.

A large gathering of demographically older buyers and sellers, like those who usually attend TEFAF Maastricht, had been a source of concern from the get-go. Nina Hartmann, chief marketing officer at TEFAF, told Artsy how cautious the fair was being from the outset: “I’m in a WhatsApp group chat with the mayor of Maastricht and we’re being very vigilant…we’re evaluating the situation daily.”

Despite the worsening global health crisis, the mood during the fair’s opening days was one of a concerted focus on the task at hand. “I don’t know anyone who isn’t pleased to be here. I know I am,” said Stephen Ongpin, whose namesake London gallery showed at the fair.

Most would have struggled to argue with Ongpin’s statement. This year’s fair featured objects ranging from ancient Egyptian statues to uber-contemporary design, with a large slate of European Old Masters holding center ground.