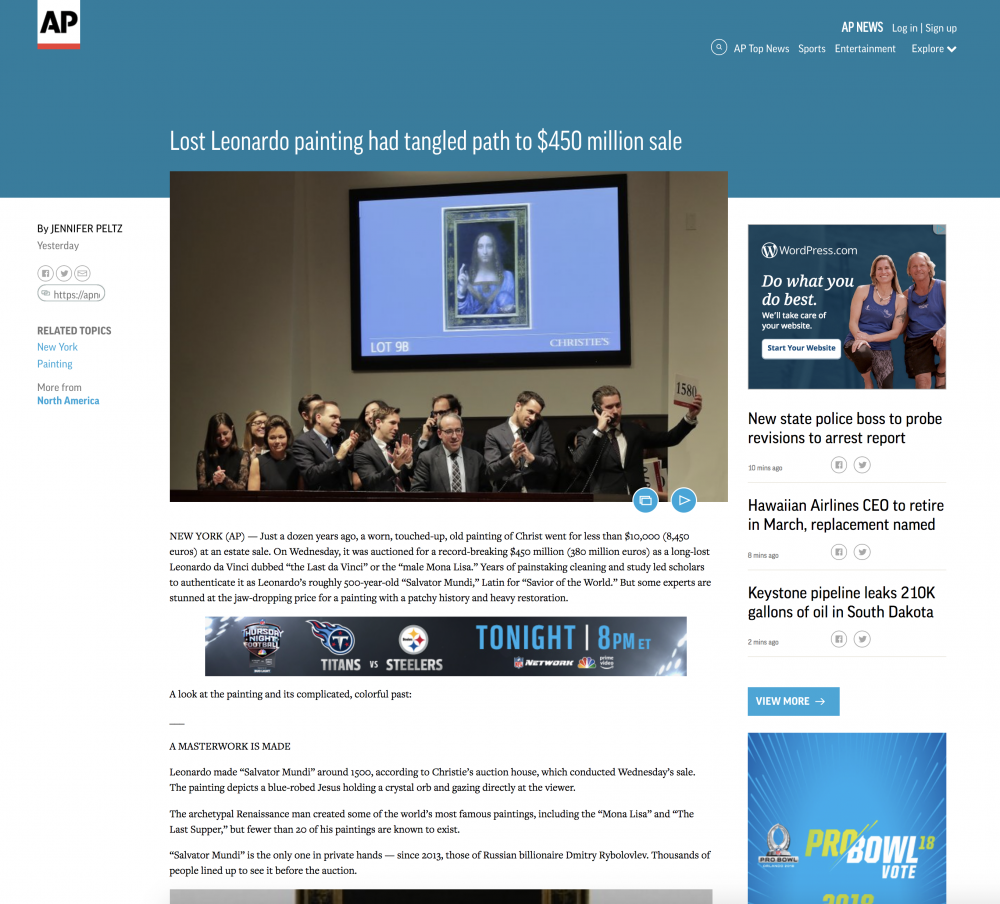 NEW YORK (AP) — Just a dozen years ago, a worn, touched-up, old painting of Christ went for less than $10,000 (8,450 euros) at an estate sale. On Wednesday, it was auctioned for a record-breaking $450 million (380 million euros) as a long-lost Leonardo da Vinci dubbed “the Last da Vinci” or the “male Mona Lisa.” Years of painstaking cleaning and study led scholars to authenticate it as Leonardo’s roughly 500-year-old “Salvator Mundi,” Latin for “Savior of the World.” But some experts are stunned at the jaw-dropping price for a painting with a patchy history and heavy restoration.

The high price, easily a record for a work of art at auction or in a private sale, surprised even experts. But Old Master paintings expert Nicholas Hall said Thursday it’s understandable that the painting commanded intense interest from bidders and the public.

Leonardo is “completely in a class of his own as a mind, as a myth, as an artist,” said Hall, a former Christie’s official who now runs a New York gallery. “There was and is this huge, genuine interest in this artist, and the story behind this painting — and the painting.”