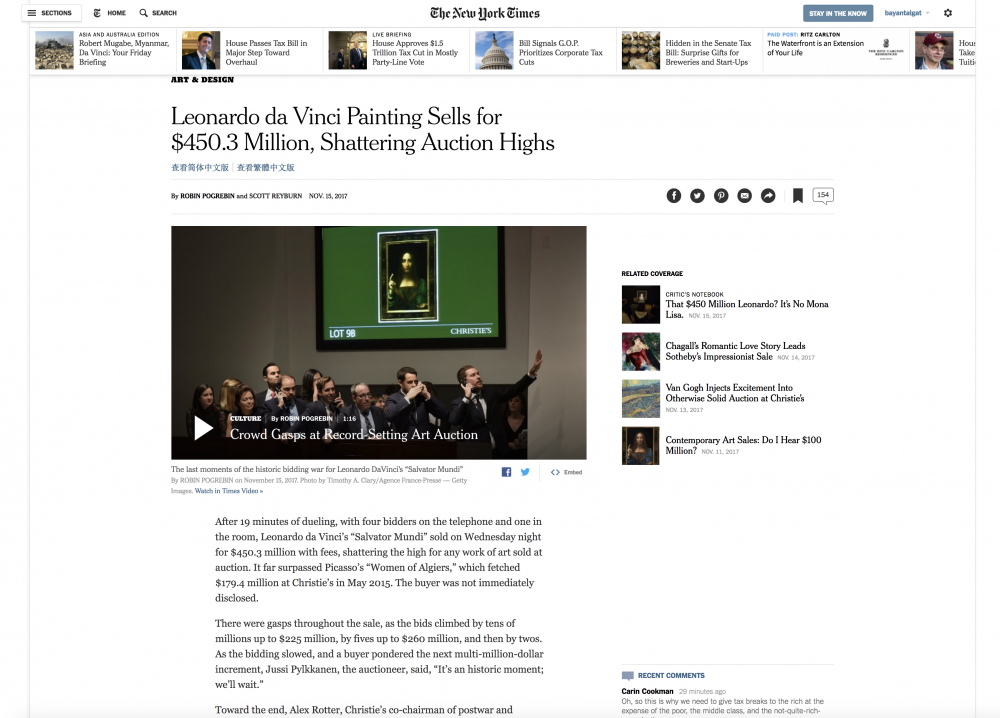 “There is extraordinary consensus it is by Leonardo,” said Nicholas Hall, the former co-chairman of old master paintings at Christie’s, who now runs his own Manhattan gallery. “This is the most important old master painting to have been sold at auction in my lifetime.”

That is the kind of name-brand appeal that Christie’s was presumably banking on by placing the painting in its high-profile contemporary art sale, rather than in its less sexy annual old master auction, where it technically belongs. To some extent, the auction house succeeded with the painting even before the sale, having secured a guaranteed $100 million bid from an unidentified third party. It is the 12th artwork to break the $100 million mark at auction, and a new high for any old master at auction, surpassing Rubens’s “Massacre of the Innocents,” which sold for $76.7 million in 2002 (or more than $105 million, adjusted for inflation).