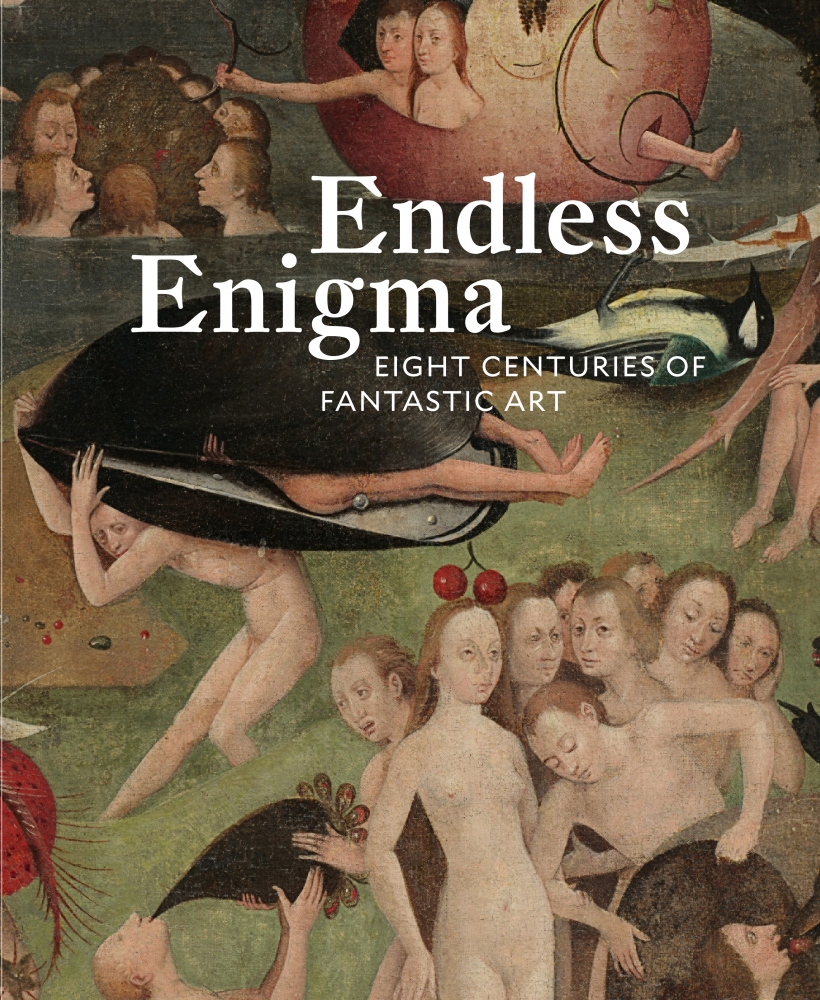 Printed copies will be available for the first time at TEFAF Maastricht 2019 (Nicholas Hall - booth 342) from March 14- 24, 2019. Click here to order online for shipment in late March.

Endless Enigma: Eight Centuries of Fantastic Art explores the ways in which artists have sought to explain their world in terms of an alternate reality, drawn from imagination, the subconscious, poetry, nature, myth, and religion.

Endless Enigma takes as its point of departure Alfred H. Barr Jr.’s legendary 1936 exhibition at The Museum of Modern Art, New York, Fantastic Art, Dada, Surrealism, which not only introduced these movements to the American public, but also placed them in a historical and cultural context by situating them with artists from earlier centuries.

Organized in collaboration with Nicholas Hall, a specialist in the field of Old Masters and nineteenth-century art, this fully illustrated catalogue is published on the occasion of the eponymous exhibition at David Zwirner, New York, in 2018. It includes new scholarship by Dawn Ades, Olivier Berggruen, and J. Patrice Marandel.

Nicholas Hall is a leading specialist in European Masters. He entered the field in 1979 when he joined Colnaghi on Old Bond Street in London after graduating from Oxford University. In 1983, he moved to New York to work with Colnaghi USA. Hall founded his own gallery, Hall & Knight, with Richard Knight in 1996, establishing a reputation as a preeminent dealer in museum-quality works. In 2004, the gallery was acquired by Christie’s where he became International Chairman of the Old Master and Nineteenth-century Department. He returned to private art dealing in 2016 with the founding of his eponymous gallery on the Upper East Side.

Dawn Ades is professor emerita of the history and theory of art at the University of Essex and professor of the history of art at the Royal Academy of Arts. In 2013, she was made CBE for services to higher education. Her books include Salvador Dalí (1982), Marcel Duchamp(2000), and Writings on Art and Anti-Art (2015). The many international exhibitions she has organized or co-curated include Dada and Surrealism Reviewed (1978), Dalí’s Optical Illusions (2000), Salvador Dalí: The Centenary Exhibition (2004), and The Colour of My Dreams: The Surrealist Revolution in Art (2011). She most recently co-curated Dalí/Duchamp with William Jeffett (2017–2018).

Olivier Berggruen is a German art historian who has written on Francis Bacon, Paul Cézanne, Paul Klee, Henri Matisse, Pablo Picasso, Yves Tanguy, and Cy Twombly, among other artists. He was associate curator at the Schirn Kunsthalle Frankfurt from 2001 to 2007. In 2017, he curated a retrospective of Picasso’s neoclassical years at the Scuderie del Quirinale in Rome. He is a board member of the John Carter Brown Library, Providence, Rhode Island; Museum Berggruen, Berlin; and the Musée Picasso, Paris.

J. Patrice Marandel is a Paris-born curator and writer. He has had curatorial positions at the Art Institute of Chicago, the Museum of Fine Arts, Houston, and The Detroit Institute of Art. From 1993 to 2017, he was the Robert H. Ahmanson Chief Curator of European Art at the Los Angeles County Museum of Art. The author of many catalogues and articles, he also published a book of memoirs, Abecedario: Collecting and Recollecting (2017). He received fellowships from the National Endowment for the Arts and the Guggenheim Foundation, and is a Commander in the Order of the Arts and Letters of the French Republic.